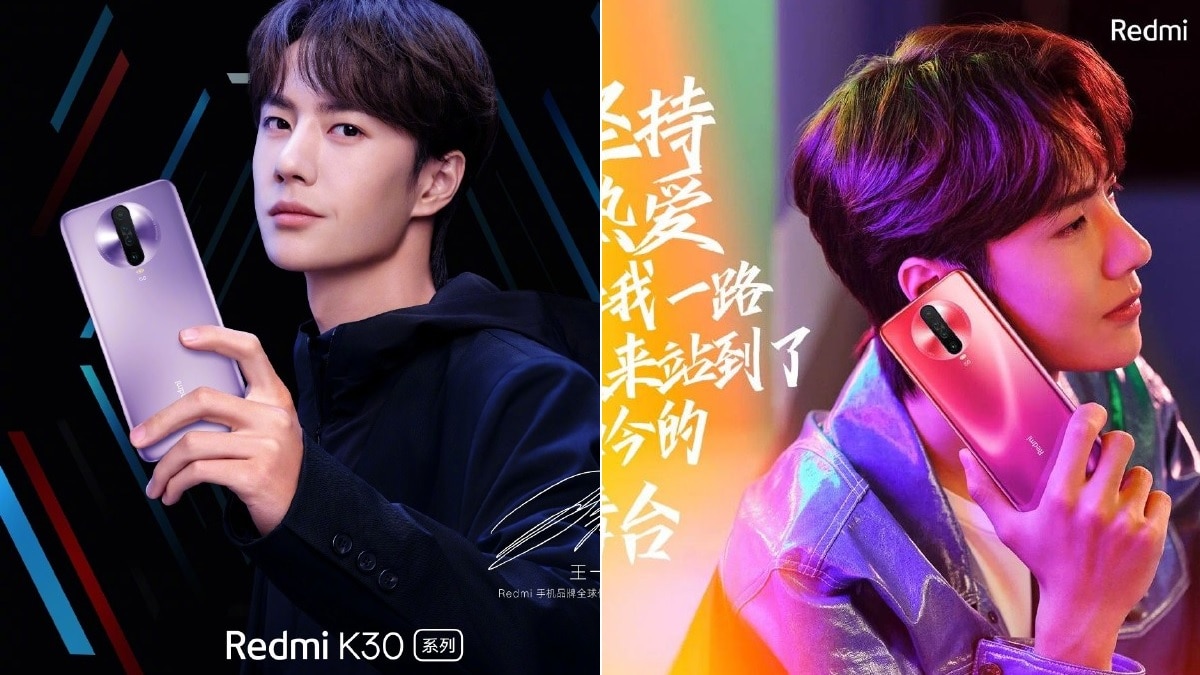 Xiaomi has finally released an official teaser poster of the upcoming Redmi K30 that shows the phone’s design from the back. The Chinese company has gone for a big design change from the Redmi K20 to the Redmi K30, and the same is clearly evident from the comparatively minimalist finish on the rear panel, a stark contrast from the flashy flame gradient seen on its predecessor. The official Redmi K30 poster shows quad rear cameras in a vertical layout, while the camera module is surrounded by a circular ring with a different surface finish than the rest of the rear panel. Separately, it has been confirmed that the Redmi K30 will be powered by a Qualcomm SoC.

The official Redmi Weibo account shared the aforementioned Redmi K30 poster where the phone is shown sporting a light purple shade and what appears to be a matte finish. The vertical quad rear camera module is surrounded by a ring that has a glossy finish and what looks like a subtle concentric texture with some branding along the periphery. But this is not an entirely new design, as we have earlier seen the Huawei Mate 30 Pro rocking a similar circular ring pattern around its camera module in a variety of colours.

The dual-LED flash module sits below the camera and there is also a prominent 5G branding underneath it. To recall, Xiaomi has already confirmed that the Redmi K30 will offer dual-mode 5G (SA + NSA) support. In the comments section of another post by the Redmi Weibo account, someone has shared a different official poster of the Redmi K30 that shows the brand ambassador holding a different variant of the phone flaunting a pink gradient paintjob with a subtle purple finish alongside the lower back.