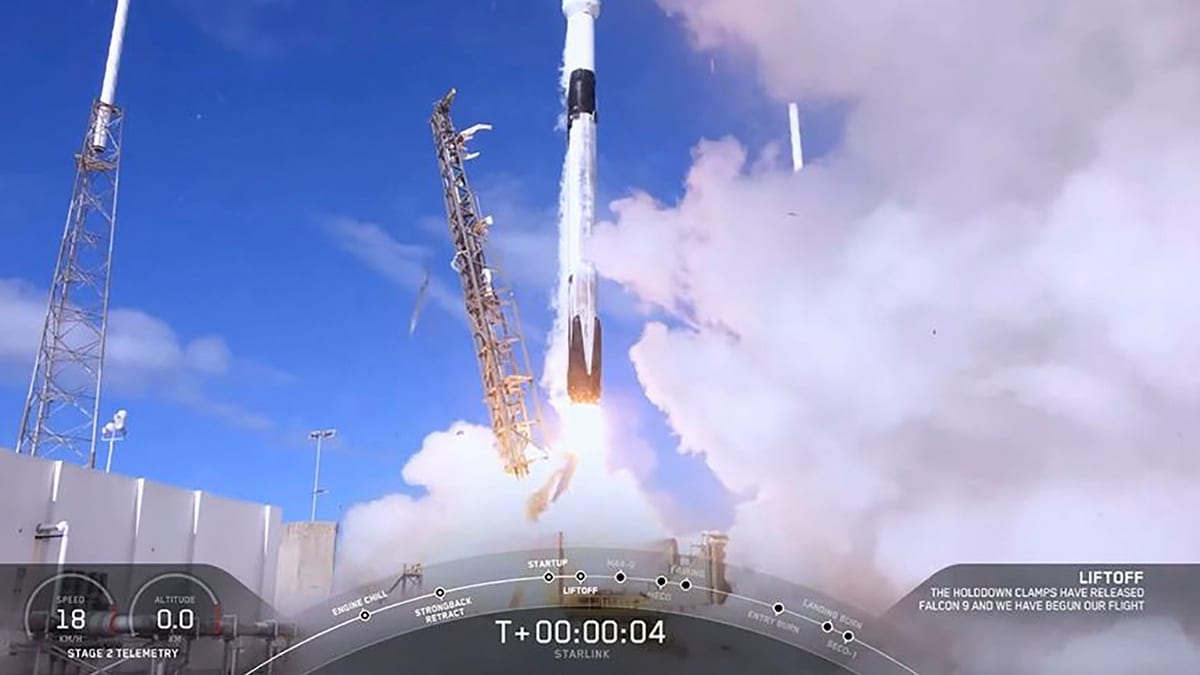 The private SpaceX company on Monday launched a second set of mini-satellites as it builds a huge constellation of the small orbiting devices aimed at greatly expanding Internet access around the globe. A Falcon-9 rocket launched from Cape Canaveral, Florida, placed 60 mini-satellites in orbit, joining 60 others launched in May. The American company’s Starlink network could one day total 42,000 satellites — resulting in far more crowded skies and raising concerns among some scientists.

Scenes of the launch were broadcast live by SpaceX, a company created by the entrepreneurial Elon Musk, who is also chief executive of Tesla.

SpaceX’s goal is to control a huge share of the future Internet market from space.

But several rivals have the same ambition, including London-based startup OneWeb and giant US retailer Amazon, whose Project Kuiper is far less advanced.

Musk hopes eventually to control three to five percent of the global Internet market – a share valued at $30 billion (roughly Rs. 2,15,000 crores) a year, or 10 times what SpaceX is earning from its space launches.

Musk’s ultimate goal is to finance the development of his rockets and space vessels. SpaceX’s boss entertains a long-time dream of colonising Mars.

His California-based company has so far received authorisation from US authorities to launch 12,000 satellites in several different orbits, and it has applied to launch as many as 30,000 more.

Starlink is designed to provide high-speed Internet connections on Earth.

Its mini-satellites will orbit at relatively low altitude (550 kilometers, or 340 miles, for the first ones), allowing quick transmission times.

SpaceX says its satellite constellation will be operational for Canada and the northern US by next year.

It says 24 more launches will be needed to extend coverage to the entire globe.

At present, there are slightly more than 2,100 active satellites in orbit around the Earth.

The idea of adding 42,000 has some scientists worried.

Astronomers say the proliferation of the bright metallic satellites could seriously degrade the night view, interfering with telescopes trained on space.