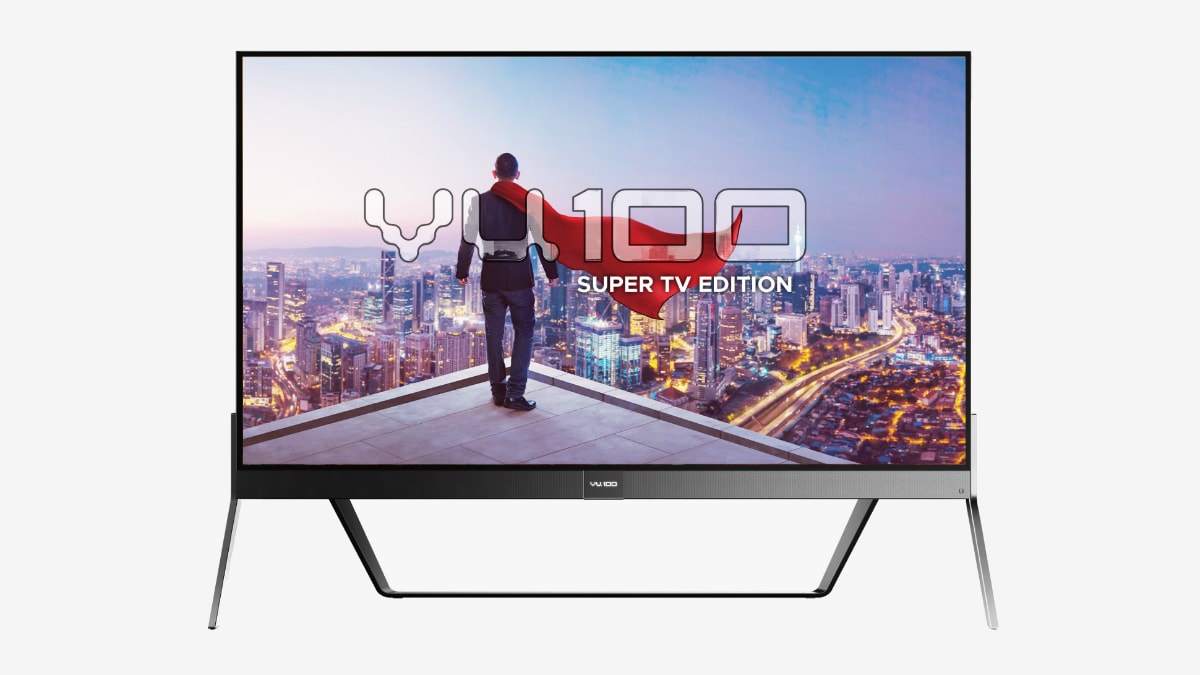 Vu 100 Super TV has been launched in India as its 100-inch 4K television. The new Vu TV will go on sale in the country starting next week. It comes with 120GB of onboard storage and is designed to serve consumers as an entertainment powerhouse. The Vu 100 Super TV comes as an upgraded version of the company’s Vu 100 that was touted as the largest consumer 4K television panel. The new TV set supports Dolby and DTS audio technologies and features a range of connectivity options, including Bluetooth v5.0 and multiple USB ports.

The Vu 100 Super TV price in India set at Rs. 8,00,000. The TV will be available for purchase for Indian consumers from next week.

The Vu 100 Super TV runs both Android and Windows 10 operating systems, featuring a 100-inch 4K display pane. Under the hood, the TV comes with options to choose from Intel Core i3 and Core i5 processors, paired with 4GB of DDR RAM and 120GB of onboard storage.

Vu has provided a TV Tuner technology that brings the native television-watching experience to the Super TV. Additionally, there are options to conduct Skye calls. The TV also comes bundled with a wireless QWERTY keyboard along with an air mouse.

To deliver an enhanced multimedia experience, the Vu 100 Super TV has JBL speakers with inbuilt woofer and 2,000 watt sound output. The TV also has Dolby and DTS audio support. Further, it comes with a wall and floor mount and includes a remote control.