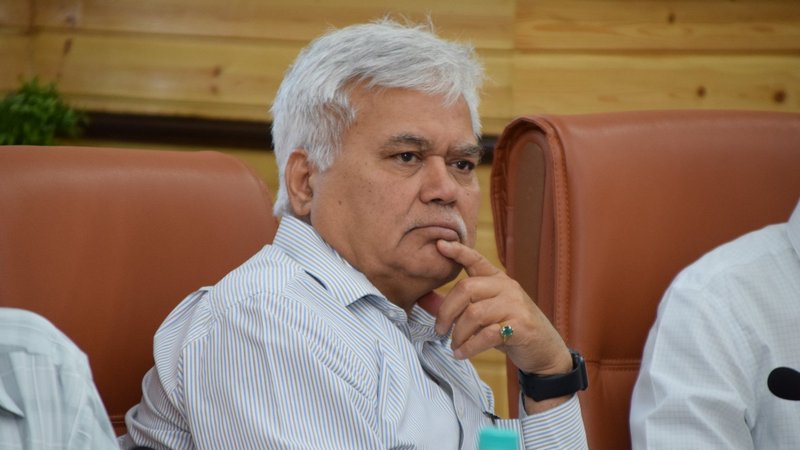 The Telecom regulator expects the government to seek its inputs for speedy and effective implementation of the National Digital Communication Policy (NDCP), TRAI Chairman RS Sharma has said.

In an interview to IANS, he also said that TRAI was finalising the recommendations on the crucial over-the-top (OTT) players and would notify the regulations soon.

The regulator is also in consultation with the industry on discontinuing printed paper bills.

“We have ongoing consultations on OTTs and paper bills. A part of the effort in this fiscal will be in the NDCP. We expect that the government will request us for inputs on the effective implementation of the policy,” Sharma told IANS.

In November, the TRAI initiated consultations to explore the regulatory framework for OTT apps such as WhatsApp, Facebook, and Google Duo that provide calling and messaging services similar to that by mobile operators.

A telecom operator said government should take guidance from TRAI on NDCP implementation as the DoT record on execution is very poor as in case of pan India digital connectivity network – BharatNet, ensuring Row (right of way) for mobile towers and several government projects in North East, and broader areas running much behind schedule. But so far DoT has not decided on referring the NDCP execution to TRAI, a DoT official said.

The department had sought TRAI inputs while making the policy.

OTT has been a debatable issue for the telecom industry. The industry alleges that telecom service providers lose around 15 percent of their revenue to OTTs. The services categorised under Application eco-systems and Video/audio content are different in nature from the traditional services being provided by the TSPs and hence are not same or similar to the services of TSPs.

According to industry body COAI, telecom is now on an unequal footing with unregulated OTTs who are offering similar voice, video and data services without incurring any Regulatory cost, in the form of License fee or Spectrum charge, leading to question the sustainability of the TSPs. Telecom Minister had said earlier that speedy implementation of NDCP will bridge digital divide between rural Bharat and urban India.

“The consultation on OTT is almost final, so we will be giving recommendations very soon. OTT is a tech related issue… The current definition of OTT which we are saying and are consulting relates to similar services being offered by platforms which are being offered by telecom service providers. That’s a very limited part for which the consultation is happening”, the chairman said.

The NDCP policy, approved by the government last year, aims to create four million jobs and draw a whopping $100 billion worth investments into the telecom sector by 2022, apart from boosting the sector’s contribution to GDP to 8 percent from current 6 percent. Experts feel that NDCP 2018 implementation and execution will be the most critical attributes.