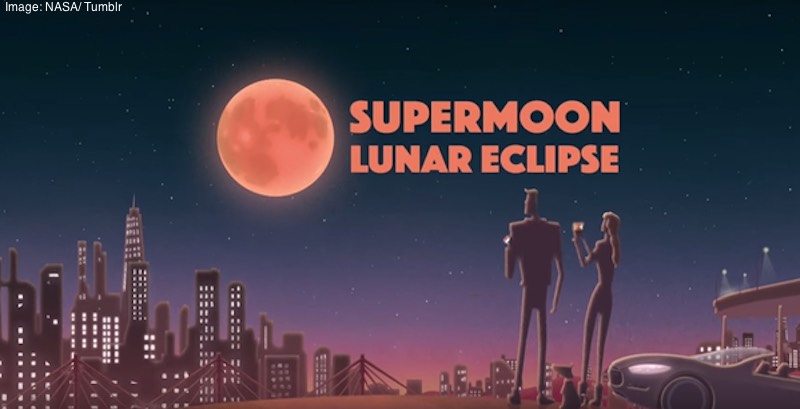 A lunar eclipse occurs when the Earth is in between the Moon and the Sun – or when the Moon is in the Earth’s shadow. It only occurs on full Moon nights. A lunar eclipse is set to occur this weekend, which will bathe the Moon in a red glow. This isn’t really a rare event as it occurs up to five times every year. So what makes this weekend’s lunar eclipse special? The fact that it’s coinciding with a supermoon, making it a Supermoon Lunar Eclipse.

The orbit of the Moon is elliptical, and the Earth is not at the perfect centre of its orbit. This means that one end of the Moon’s orbit is a lot closer to the Earth than the other end. The farthest end of the Moon’s orbit is called apogee and the point at which the Moon is closest to Earth is referred to as its perigee. When the moon is at its perigee, it becomes a supermoon – as it appears up to 14 percent larger in diameter and much brighter when viewed from Earth.