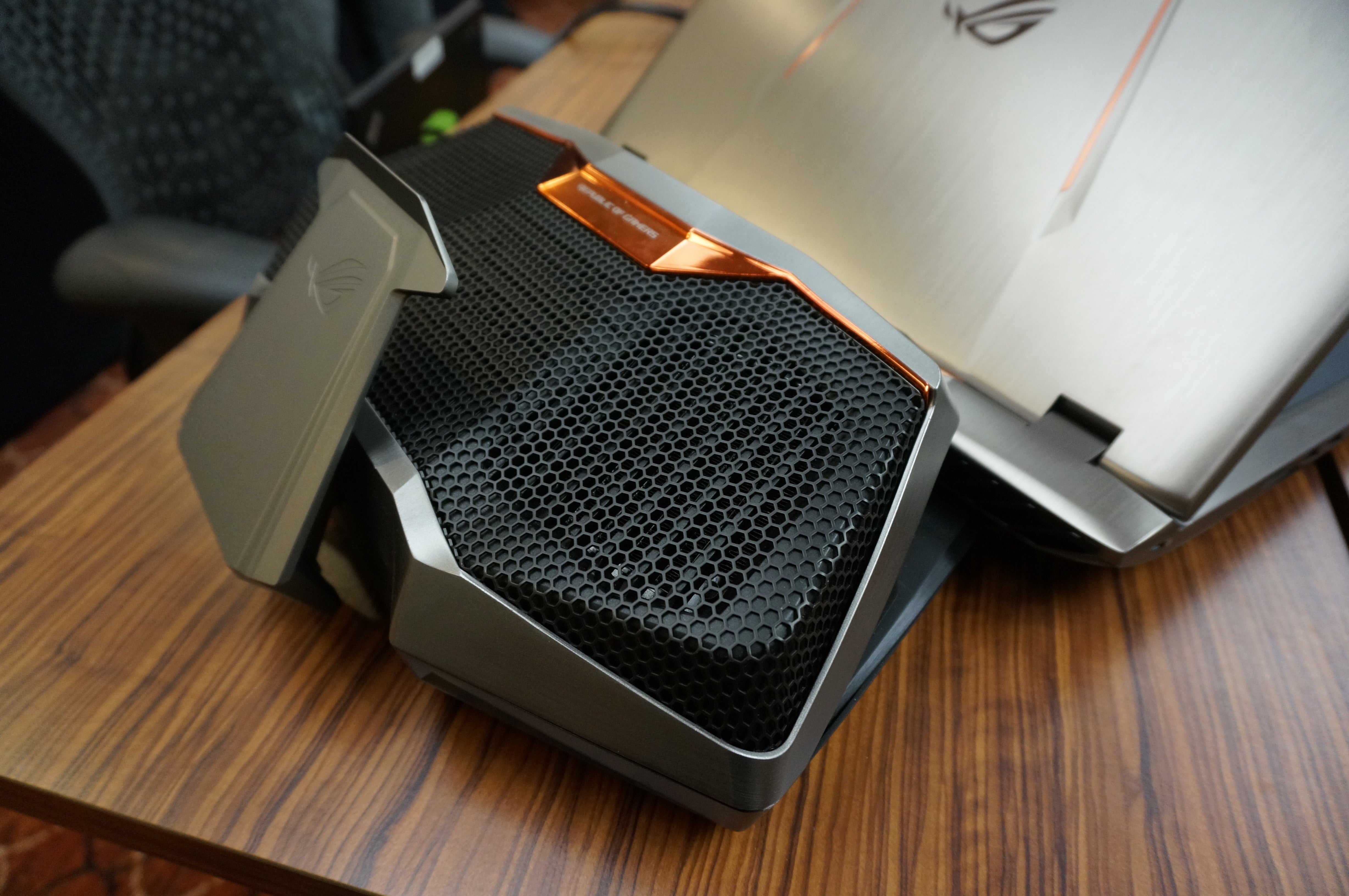 Here’s proof of the GeForce GTX 980 in a laptop’s performance right here, boom:

Of course, we’ll withhold judgement until we actually see a machine in our hands but it’s highly unlikely the company is making this up to fall flat on its nose. Stranger things have happened in tech but for now, we take it at its face value.

Besides 3DMark Extreme, we were also allowed to run Tomb Raider at 1920×1080 on both GeForce GTX 980 parts. I also threw in the results from our reference desktop with a Core i7-4770K.

Before you go off one-third cocked about the CPUs being different among the tested systems, keep in mind that again, this is not the final verdict, this is just the results of the demo to whet your appetite. You can also look at the GPU score in 3DMark Extreme above which isolates just graphics performance. The two parts, according to 3DMark, perform the same.

So no, anyone who thinks this milestone is another nail in the desktop’s coffin needs to check themselves. This doesn’t threaten the gaming desktop in the least. But let’s at least sit back and take a moment to mark the event on our calendar.