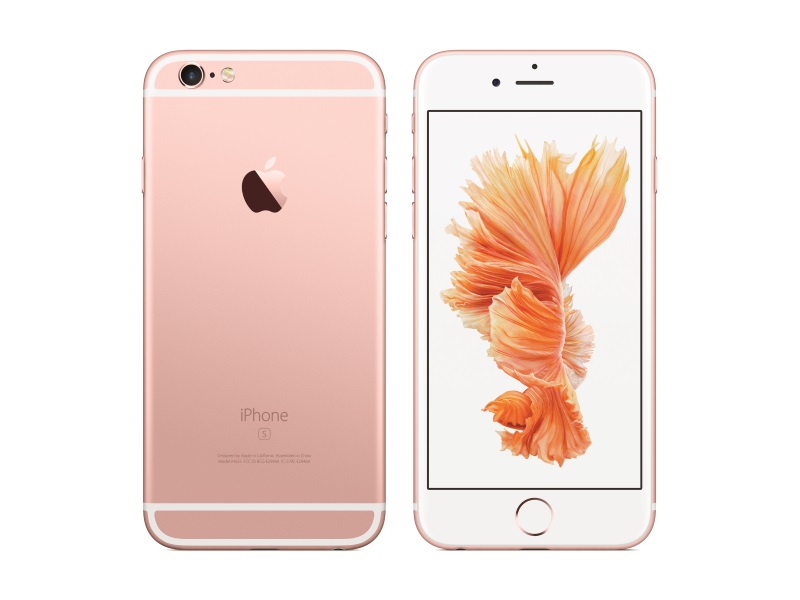 The iPhone 6s and iPhone 6s Plus hit stores around the world on Friday, kicking off what is expected to be a record weekend of sales as customers scrambled to buy Apple Inc’s marquee product in pink for the first time.

Eager buyers – joined by at least one robot – flocked to Apple stores from Sydney to New York and San Francisco, itching to get their hands on new models boasting an improved camera and a screen featureApple calls ‘3D Touch’, which performs different functions depending on how hard a user presses.

“It’s very intuitive. I’m really excited to see what developers do with it,” Leah Bentley, a 22-year-old software developer from Emeryville, California, said inside Apple’s San Francisco store after purchasing her phone.

For all the sophisticated technology packed into the new iPhones, customers interviewed by Reuters were most excited by a more low-tech feature: the ‘Rose gold’ finish, a new shade that Apple introduced with the current phone.

Another of the hundreds gathered outside the store in downtown San Francisco was pink-haired software developer Jo Engo, 37, who has lobbied Apple leaders past and present for a phone in his favourite colour.

“I have emailed not only Steve Jobs but Tim Cook,” Engo said outside the store, sporting an Apple Watch with a pink band and an iPhone 6 in a pink case. “I’m so excited they’re finally doing it.”

Despite the crowds, the scene was less frenetic than usual at the San Francisco store, perhaps because more people now order phones online, and the release of a new device has become routine.

One store at least was buzzing, as Apple Chief Executive Tim Cook made a surprise visit to company’s store in Georgetown, Washington, to raucous cheers from employees and shoppers.

High hopes on street
Analysts expect 12 million to 13 million phones to fly off the shelves in the first weekend, up from more than 10 million last year when the launch of the hugely successful iPhone 6 was delayed in China, the world’s biggest smartphone market.

Apple, whose shares were largely unchanged on Friday, has said pre-orders suggested sales were on pace to beat last year’s first-weekend performance. It usually announces first weekend sales on the following Monday.

Among the first to pick up the new iPhone 6s in a cold, rainy Sydney was a robot named Lucy, operated remotely by marketing executive Lucy Kelly.

“I obviously have my work and other things to attend to and can’t spend two days lining up so my boss at work suggested I take one of the robots down and use it to stand in my place,” she said, via an iPad mounted on top of the wheeled robot.

After a dramatic redesign last year, which included an enlarged screen and the addition of mobile payments, the iPhone 6s and 6s Plus – which were first unveiled by Apple two weeks ago – boast more modest improvements.

Several reviewers have said that might not be compelling enough to persuade iPhone 6 users to upgrade.

Apple has said just a fraction of its customers have upgraded to the iPhone 6 – analysts estimate less than 30 percent – suggesting there is room to grow.

Apple has sold more than 700 million iPhones since the first model of the device upended the smartphone market in 2007. Still, Apple has only about 16 percent of the global smartphone market compared to 81 percent for devices running Google Inc’s Android system, according to tech research firm IDC’s projections for this year.

More important than customer appetite for upgrades is sales outside the United States, particularly in China, said Aaron Rakers, an analyst at Stifel Nicolaus & Co.

The breakdown
Repair firm iFixit, which opened up an iPhone 6s and 6s Plus on Friday, said battery capacity was down “a bit”, probably to accommodate new features. Apple has said battery life is unchanged in the new phones.

Shares of audio chipmaker Cirrus Logic Inc jumped 15 percent after iFixit’s tear-down revealed that Apple had used its chips, as it did in previous iPhones.

Lacklustre offerings this year from Samsung Electronics Co Ltd <005930.KS> will help Apple stand out in the marketplace, said analyst Patrick Moorhead of Moor Insights & Strategy. He said he expected the 6s to eclipse the 6 “over the long haul.”

The 6s and 6s Plus start at $199 and $299 respectively with a two-year service-provider contract.