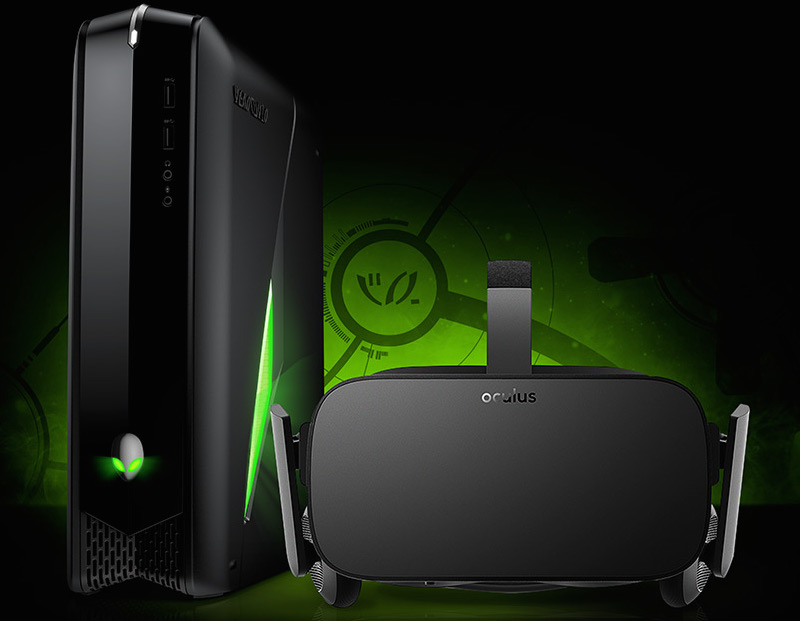 During Oculus Connect 2, the Facebook-owned VR company’s second annual conference, Dell, Alienware, and Asus announced Oculus-branded PCs. They will be able to run the consumer grade Oculus Rift Virtual Reality (VR) headset when it launches in the first quarter of 2016.

The bare minimum specifications of these machines include an Intel Core i5-4590 processor, 8GB of RAM, and an Nvidia GeForce GTX 970 or an AMD Radeon R9 290, in line with what Oculus announced as the minimum requirement back in May. They will start at less than $1,000 (around Rs. 65,000). Of course these would be a lot more expensive for India when you factor BIS, customs, and weight, which is why we won’t be surprised if local assemblers manage to make VR ready machines at a similar price.

Also on display were a host of games coming to Oculus Rift. These include Gravity-inspired Adr1ft, supernatural mystery The Vanishing of Ethan Carter, and Bullet Train, a new action game from Gears of War and Unreal Tournament maker Epic Games.

These aside, the big announcement was Minecraft. The Windows 10 edition of the game will launch with Oculus Rift support next year and you can use a combination of VR and the Xbox One controller to explore this blocky world.

On the topic of controllers, Oculus CEO Brendan Iribe confirmed that the Oculus Touch handheld controller will be available from the second quarter of next year. Furthermore, the firm announced that over 200,000 developers are registered with it to create new games.

With PC sales taking a tumble, VR just might be the shot in the arm computer companies need to revive a business that’s well past its prime. But it won’t be easy. The challenge in bringing VR to the masses is easy to understand hardware and a low price barrier and though that’s been somewhat managed with Samsung’s new Gear VR, it doesn’t seem to be the case with Oculus Rift for PC.