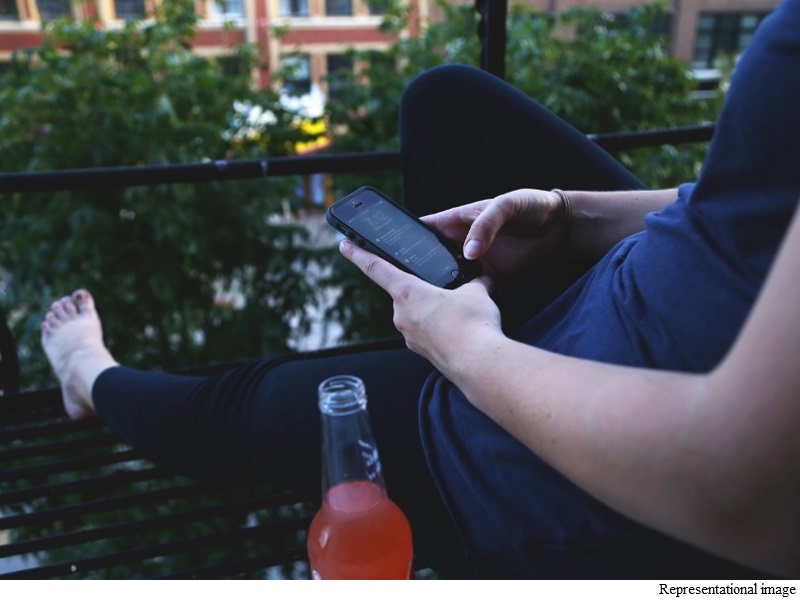 Two Indian-American scientists have designed a new smartphone app that will record your erratic eating habits throughout the day and help you not only cut some bad habits but also prevent “metabolic jetlag”.

Satchidananda Panda and Shubhroz Gill from the Salk Institute have developed the app that can collect, analyse and interpret patterns of food intake in humans.

“The study is about developing methods and offers some preliminary insight into what and when people eat,” said Panda, associate professor in the Salk Institute’s regulatory biology laboratory.

The duo have kept the app simple, only requiring users to send pictures of everything they ate or drank, whether it was an entire water bottle or a few bites of a cookie.

Each click also captured metadata (such as the location where food was consumed) and recorded a timestamp.

Users were healthy males and females between the ages of 21 and 55 who were not actively managing their diet.

“One pleasant surprise was how many participants got used to taking a picture of anything they ate or drank; it almost became their second nature,” noted Gill, post-doctoral associate in Panda’s group.

The context of the pictures spoke volumes. For example, when taken next to a keyboard, in bed, watching TV, on the sidewalk, in the car or while filling gas.

“This is an example of a new class of research studies that have become possible due to the massive adoption of smartphones,” Gill added.

In addition to cutting out some bad habits, the authors feel that the app can also prevent “metabolic jetlag” – when differences in day-to-day or weekday/weekend meal times cause metabolic organs to become out of sync with the body’s overall circadian rhythms.

The app could also be a powerful tool for personalised medicine.

For example, the pictures revealed that nearly two-thirds of participants took some kind of nutritional supplement or vitamins, but the time at which they took these pills varied from day to day.

The same held true for medication.

In addition, the data revealed cultural food practices, such as people’s’ consumption of coffee and milk in the morning, alcohol in the evening, and tea throughout the day.

Also, yogurt was a morning food, sandwiches and burgers were primarily reserved for lunchtime while vegetables and ice cream were saved for the evening.

Photos of chocolate and candy were recorded from pretty much 10 a.m. Onward.

Panda now hopes to test the benefits of time-restricted feeding under different conditions of sleep, activity and disease.