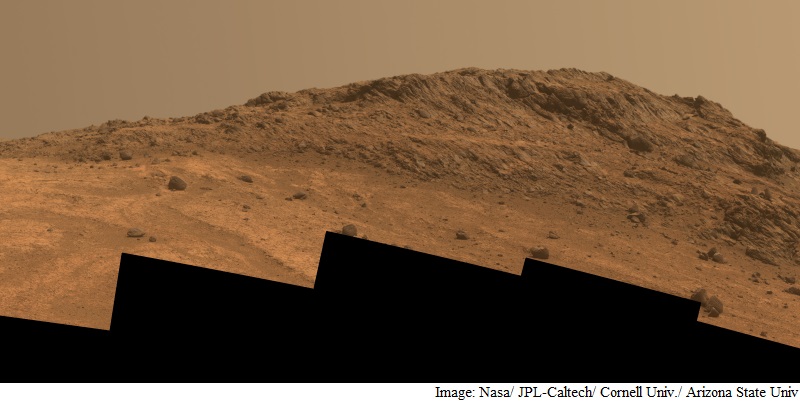 Red Planet is headed for harsh winter and Nasa rover Opportunity is not worried at all. The rover is conducting a “walkabout” survey of the “Marathon Valley” where it plans to face the upcoming Martian winter while studing the context for outcrops bearing clay minerals.

For several months starting October, the rover team plans to operate Opportunity on the southern side of the valley to take advantage of the sun-facing slope.

The site is in Mars’ southern hemisphere, so the sun is to the north during fall and winter days. Tilting the rover toward the sun increases power output from its solar panels.

The shortest-daylight period of this seventh Martian winter for Opportunity will come in January 2016.

“Our expectation is that Opportunity will be able to remain mobile through the winter,” said John Callas, project manager from Nasa’s Jet Propulsion Laboratory, Pasadena, California.

“Marathon Valley” slices downhill from west to east for about 300 yards through the western rim of Endeavour Crater.

Opportunity has been investigating rock targets in the western portion of the valley since late July, working its way eastward in a thorough reconnaissance of the area.

The “walkabout” is identifying investigation targets in and near the valley floor. Rocks in reddish zones there contain more silica and less iron than most rocks in the area.

During the Martian late fall and winter seasons, Opportunity will conduct its measurements and traverses on the southern side of the valley.

“When spring arrives, the rover will return to the valley floor for detailed measurements of outcrops that may host the clay minerals,” added deputy principal investigator Ray Arvidson from Washington University in St Louis.

Both rovers far exceeded those plans. Spirit worked for six years and Opportunity is still active. The findings about ancient wet environments on Mars have come from both rovers.